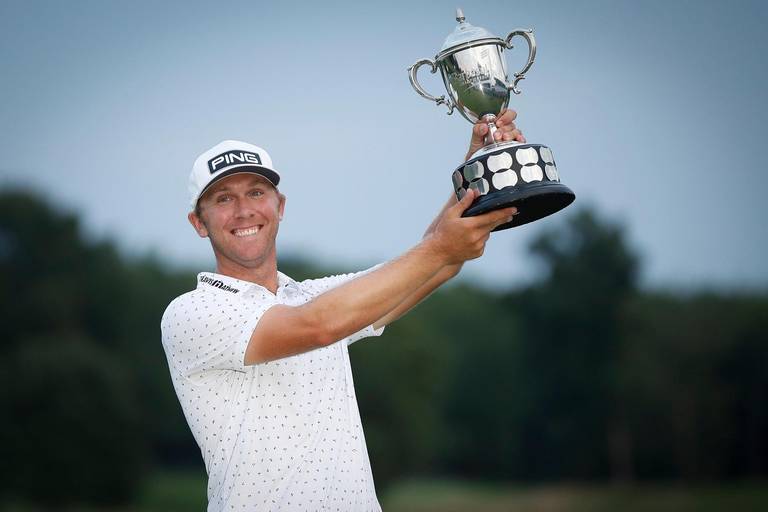 Coming off a riveting six-hole playoff to determine this year’s winner, the PGA Barbasol Championship looks for a bigger and better event next year.

The change of dates will translate into “a much larger field” of competitors, he said. Normally, 132 golfers play in the Barbasol Championship. Pettigrew said he expected next year’s field to number 156.

The coronavirus and travel restrictions eased the conflict with the British Open this year, Pettigrew said. That helped the Barbasol Championship.

“We could see it in our attendance and our TV ratings and just fan engagement,” Pettigrew said. “We nearly doubled our general admission sales and hospitality sales. … And our TV ratings were up 83 percent.”

The 2021 Barbasol Championship featured one of its strongest fields since its arrival in Nicholasville in 2018. Three past winners of majors — John Daly, Jason Dufner and Charl Schwartzel — took part. However, Schwartzel, at No. 99, was the highest rated player in the world golf rankings entering the tournament. Seamus Power of Ireland won this year’s championship.

Moving off the British Open dates could allow the Barbasol to attract more high-profile stars as well as greater depth overall.

Pettigrew spoke of golf’s version of independence from the British leading to more a celebratory mood at the Champions at Keene Trace course. He added a caveat: a variant strain of COVID does not lead to new travel restrictions.

“We’ll have a full year to plan and prepare for more golfers (and) more fans,” he said. “And right around the July 4th holiday” could mean added entertainment and “potentially fireworks.”

The PGA Tour gave Barbasol’s parent company, Perio Inc., a choice on dates for next year’s tournament, Pettigrew said. It could be played at the same time as the British Open or a week earlier. Perio Inc. chose a week earlier.

“We are thrilled with the PGA Tour’s decision to move the Barbasol Championship up one week and serve as the last U.S. tournament prior to the British Open,” Pettigrew said in a news release. “This positions us to attract an even more dynamic field and generate more excitement around professional golf in Kentucky.”